Preparations are under way for the first cruise of the NAAMES field program.  We will be leaving from Cape Cod, MA, on November 5th to conduct a 30-day cruise into the North Atlantic.  Our mission is to characterize the marine ecosystem, from viruses to phytoplankton and all the way to mesopelagic fish, with the goal of quantifying the links between ocean variability (seasonality, eddies, and fronts), marine ecosystems and aerosols.  We will be on board the R/V Atlantis, a  142-foot, steel-hulled research vessel operated by the Woods Hole Oceanographic Institution.  Our cruise will take us from Massachusetts, up to about 48 degrees north, and then down along 41 degrees west to approximately 38 degrees north (see planned cruise track below). 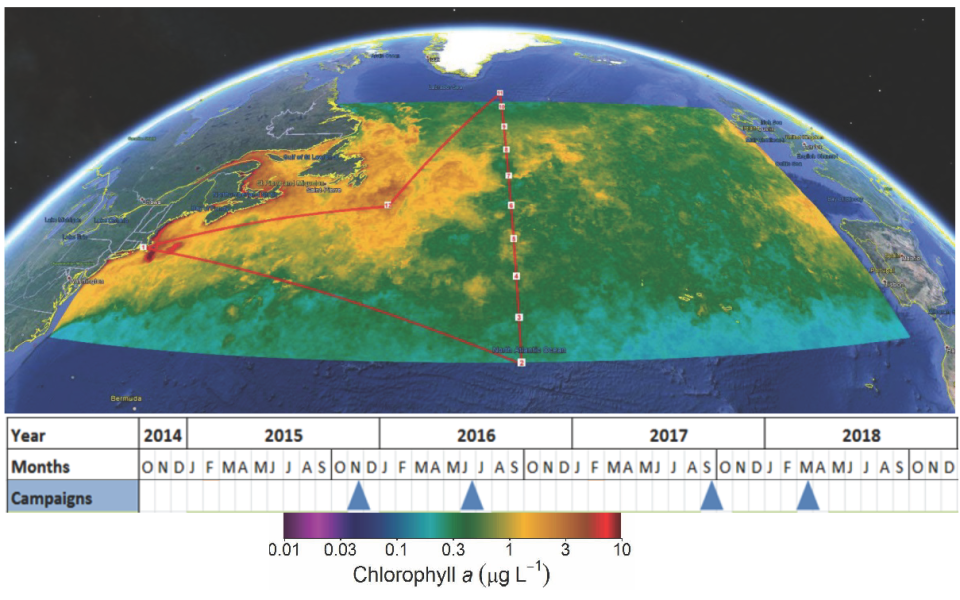 The planned expedition path overlaid on satellite estimate of the April mean climatological chlorophyll-a concentration. The NAAMES program time line is shown along the bottom of the figure with blue triangle indicating planned cruise dates.

My primary research goals on this cruise will be to help guide the ship into mesoscale eddies using real-time satellite data.  I will also be deploying 20 surface drifters that we will use to study the movement of the eddies and help guide the NASA C-130 aircraft to fly over and sample the eddies.  In addition, I will be collecting multi-band acoustic observations to characterize deep scattering layers, layers of fish and squid below the sun-lit surface layer of the ocean (what is often called the “Twilight Zone”) inside and outside of the eddies.  This research is motivated by recent observations of the use of eddies by white sharks.  We have observed that sharks dive deeper and longer in anticyclonic eddies when compared to cyclones (more info here).  Our hypothesis is that this is because deep scattering layers, where the sharks are feeding, are deeper and have higher biomass in anticyclones than cyclones.  I will try to post semi-regular updates during the cruise, so please come back and see what we are doing in the coming weeks.

You can see where the ship is here. 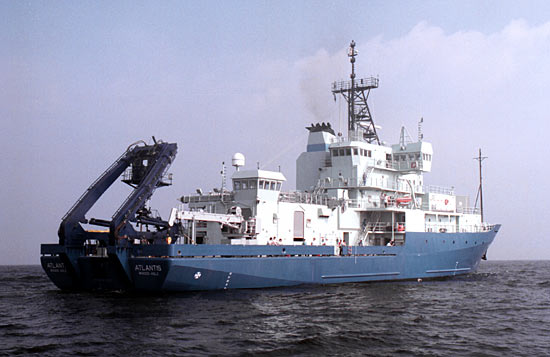